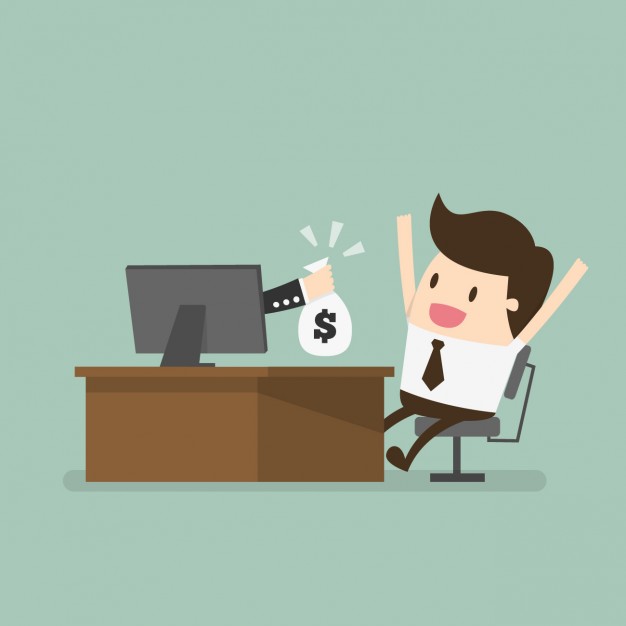 Room temperature was about 30°C, (although the cooling systems were fully functional), creating a somewhat unpleasant atmosphere. The wall clock read 12:30pm leaving only half-an-hour before lunch break for the dark suited ladies in the “cage.”

The queue was a long winding one and he hated everything about standing in a queue just to wait for his turn, however, this day was a very important one for him so he could not afford to leave without what he had come for. Cold sweat dripped from his face due to nervousness, he took his blue and white striped handkerchief, wiped off the sweat and tried putting it back into his pocket but it fell on the floor. He did not even notice. The guy in the corner noticed it but said nothing about it. After all, they were both strangers there for a purpose and he could care less.

After about an hour-and-half (30mins after their lunch break) it finally got to his turn to be served and it elated him. It was his first time ever at doing this. Earlier that morning, he had been so nervous he failed to take his breakfast and now this was the time, the hour, the minute, the second…to cash his pay check. It was given to him by his employer a day earlier and because it was his first time as an employee, he just couldn’t wait to cash it out.

He had graduated two months earlier from the university with a bachelor’s degree in Psychology and was a second class upper student.

The amount of money the company was willing to pay him as a novice was not bad. He stepped out of the banking hall with his shoulders squared and head held high, he felt on top on the world. A little grin on his face told every tom-dick-and-harry around that this guy had just filled his wallet. If pay days always made you feel that good, then he could never get used to it (he kept thinking to himself).

“Who said money cannot buy you happiness?” he said to himself, “I just bought myself some happiness with my pay.” “Thank God for pay days”. He did not care anymore about his dirtied shirt or the torn shoe that made him feel so uncomfortable walking into the bank earlier that morning. Now, he had just enough to buy himself “everything” he needed and even more.

As he started walking towards the street, he suddenly realized the rains had already started. People kept staring at him wondering what was wrong with him that made him walk in the rain. The money he had just cashed was all he could think of at the moment. Eventually, he found a dilapidated shed and run to seek shelter from the rain under it.

About half an hour later the rains stopped and he finally got the opportunity to step out and head towards home.

He hailed a taxi to stop and for the first time in his life, he took “dropping” with his own money to the main “trotro” station where he joined another car that would take him home.

Nana Kweku, as most of his colleagues called him, was somewhat careless when it came to keeping things in his pocket but today, he made sure to double check his wallet in his pocket every 2 minutes. There was no way on earth he could make anything happen to the money in his pocket. He guarded it with his “life” and would look suspiciously at anyone who tried to get “uncomfortably” close.

As he sat in the car, he pondered over the day and all he was going to do with the money. He knew he was not going to forget this day in a long time; the date was Friday the 29th of July and it was his first PAY DAY.