Home World of Work Articles How to Manage WORKPLACE Conflicts? 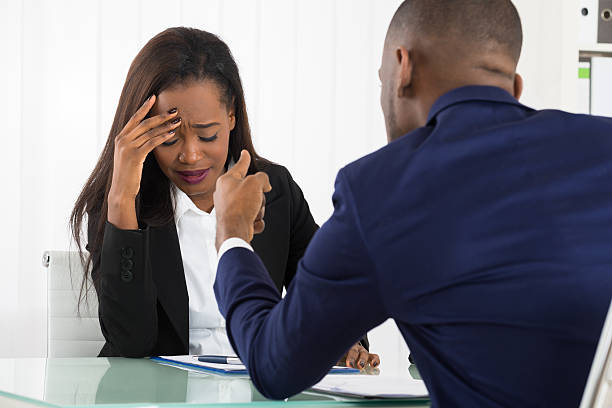 Every company has its mission and vision statements that they want to be identified with. This vision statement also affects the internal customer – the employee. It is the responsibility of company leaders to create a work environment that enables people to thrive effectively. If turf wars, disagreements and differences of opinion escalate into interpersonal confl­ict, intervention is a must and it has to be done quickly. Not managing the situation is not an option if you value your organization and its core values, which cover work place tolerance and team work. In confl­ict-ridden situations, your mediation skill and interventions are critical. This is so because if not managed effectively, it could get worse and affect the company’s bottom-line. It is important for human resource managers and department heads to realize that employees have different personality types and temperaments and that will manifest differently in how they respond to issues pertaining to the department and the company in general.

• Do not avoid the conflict with the expectation that it would simmer down eventually.

The confl­ict may appear to have taken a rest but it only needs something else such as a disagreement or work challenge occurring to trigger emotions into motion. The interesting thing about a confl­ict that is not well resolved is that, when the people involved rub each other the wrong way, it would trigger an intense reaction that may surprise the people around. The reality however is that it would be stemming from a previous occurrence that was not properly resolved.

• Do not meet separately with people in conflict.

It is important to hear both parties out with both of them present. This way, the accuser will voice his or her case with the accused present. It also allows the mediator to hear individuals in the midst of the confl­ict speak in each other’s presence to clear any misconstrued allegations. If you allow each individual to tell their story to you at separate times, you risk being caught in the middle of their issue or being biased. Let each briefl­y summarize their point of view, without comments or interruptions from the other party. This should be a short discussion so that all parties are clear about the disagreement and con­flicting views. Intervene if either employee attacks the other because it is professionally inappropriate.

• It is important to note that conflicts in the office do not only affect the ones in the conflict but other colleagues, depending on alliances and who narrates their story first and how.

Everyone in your office and every employee with whom the confl­icting employees interact is affected by the stress. People feel as if they are walking on egg shells in the presence of those in the confl­ict. This contributes to the creation of a hostile work environment for other employees. In worst case scenarios, your employees may take sides and that could result in division in the organization. This will eventually affect the organization negatively if communication becomes stunted.

All participants must communicate and commit to making the necessary effort to resolve the conflict.

Commit to noticing that the other person has made a change, no matter how small and treat each other with dignity and respect. It is okay to have reasonable disagreements over issues and plans; it is never okay to let personality confl­icts affect the workplace.

You should expect the individuals to resolve the conflicts proactively as adults. If they are unwilling to do so, you may be forced to take disciplinary actions that can lead to dismissal of both parties.

Assure both parties that you have every faith in their ability to resolve their differences and get on with their successful contributions within your shared organization. Set a time to review progress

Being the mediator of a con­flict is a daunting task, but as a manager, head or supervisor, the role of mediation or intervention is part of your responsibilities. Your willingness to effectively intervene sets the stage for your own success and growth. Your responsibility is to craft or engineer a work environment that enables the success of the people who work there. It is not easy but staying neutral and applying great wisdom can make a difference in how employees relate after a con­flict and how that bears on the overall bottom-line of the organization.