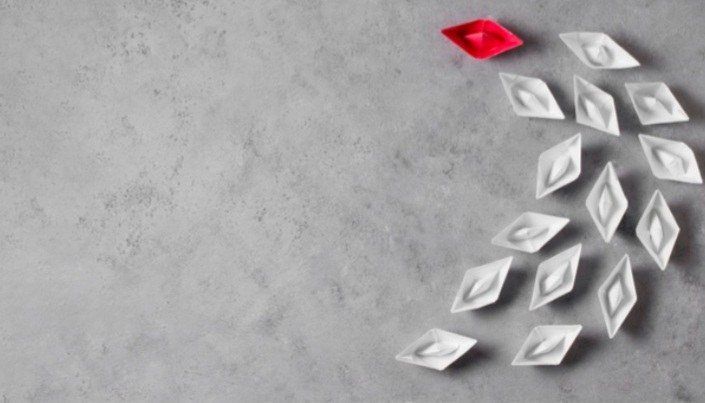 We have all heard the stories of the Seven Wonders of the World – a collection of great monumental structures that were built by men of old, leaving a remarkable imprint on history. Whatever inspired these people to erect these monuments must have been enormous because several years down the line; people are still in awe of these grand structures.

Nevertheless, structures are not the only things that have left some impressions on history. People have and continue to do outstanding things that are worthy of mention. One may wonder what characteristics these people possess that makes them do things out of the ordinary. Here are a few…

They make their Visions a Reality

Everybody has the tendency of dreaming but making that dream a reality is what separates the ordinary person from a monumental leader. After going through series of rejections by several financial institutions, Mr. Kofi Amoabeng conceptualized his own idea for businesses and entrepreneurs who were faced with challenges of start-up capital. With seed money of GHC 25, 000, Mr. Amoabeng, together with his partner, established Unique Trust Financial Services. Getting people to buy into his idea was initially difficult, however with time, people began to buy into the brand promise of “A loan in less than 48 hours,” and the rest, they say, is history. Today, UT Financial Services has transformed into a bank with a turnover of about USD 55.5 million.

When you start something, there is the tendency for people not to appreciate or understand it. As a leader, you do not need such pessimism. Just believe in what you are doing and with time, the people who criticized you will be your admirers.

They Fail, but they Try Again

Most leaders will tell you that they failed the first time they tried something, but with constant perseverance, they succeeded. Dr. Theresa Beeko is an example of such a leader. The first time she tried her own business in fishing, she failed miserably, indebted to the tune of about USD 2.5 million at the age of twenty-five. However, that did not perturb her; she went back to school and acquired a Masters degree in Business Administration. After that she went on the path of real estate development. Today, her company, Manet Group, is the second largest real estate developer in Ghana.

As a leader, you should be familiar with failure and accept it when it comes. What you do after you have failed is what tells your worth, not when you are successful.

What comes to mind when you hear the word waste? The first time I heard about a waste disposal company in Ghana I was shocked. “Who would want to establish a “borla” company?” I said. Some few years later, when I saw the head office of Zoomlion Company, I had to eat my own words because it was not about the “borla” but the wealth that came with it. I believe that is exactly what Mr. Joseph Siaw Adjepong, the founder of the company, saw when he decided to go into such an “off-beat” business.

Seeing opportunities and taking advantage of them is another characteristic a monumental leader possesses. Whereas people are laid back and would want to count all the risks involved in a venture, leaders would launch into the deep, sometimes, not thinking about the consequences involved.

So here is the thing, history will always remember you for your deeds whether good or bad. The question you need to ask yourself is this, “How do I want to be remembered long after I am gone?” “What will be my legacy?”

THE FALL OF THE GHANA CEDI

TRANSFORMING YOUR IDEA INTO A PROFITABLE BUSINESS MODEL

Be an Example-Mr. Executive! Mr. Manager!

STEP UP OR STEP DOWN