Home HR in Health Articles CEREBRAL PALSY: WHAT DO YOU KNOW ABOUT IT? 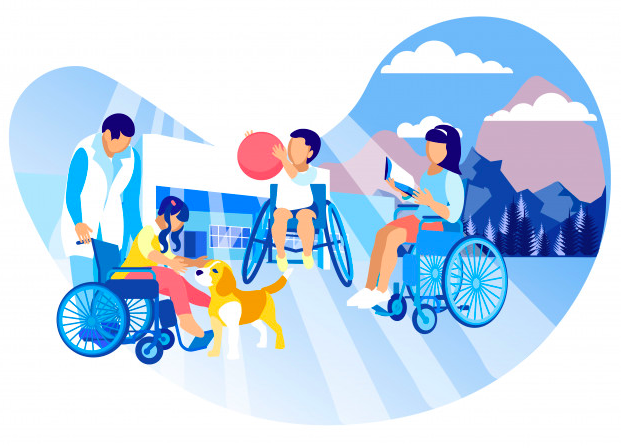 In most parts of Africa, most people suffer from this disorder that occurs in both children and adults. It was once thought that Cerebral Palsy is caused by complications during the birthing process and this does happen, but it is now widely agreed that birthing complications account for only a small percentage of health cases but current research suggests the majority of Cerebral Palsy cases result from abnormal brain development or brain injury prior to birth or during labor and delivery. Accidents, abuse, medical malpractice, negligence, infections, and injury are some known risk factors that may lead to Cerebral Palsy. The brain damage is caused by brain injury or abnormal development of the brain that occurs while a child’s brain is still developing before birth, during birth, or immediately after birth.

Cerebral Palsy has been defined as a neurological disorder caused by a non-progressive brain injury or malformation that occurs while the child’s brain is under development. Cerebral Palsy primarily affects body movement and muscle coordination. This means that from when they are born, or when they have an illness such as meningitis or cerebral malaria early in life, they lack the ability to learn to hold themselves steady and move in purposeful ways. Besides the movement disorders, children with cerebral palsy can also have other problems: These may include epilepsy, learning difficulties, impairment of hearing or vision, and difficulty in learning to speak even when they have normal intelligence. But it is also important to remember that many children with cerebral palsy have no learning difficulties and might even have exceptional intelligence.

Eating and drinking can be a big problem for many children with cerebral palsy because of difficulties with coordinating the muscles that are needed for safe chewing and swallowing. Without a specialist’s help, many mothers struggle to feed their babies and this adds greatly to the stress of caring for such children. Children with mild cerebral Palsy can join the mainstream schools, while children with severe cases join special schools. There are a few cerebral Palsy rehabilitation centers and special schools in Ghana that cater for children with special needs

Most people with the disorder have body movement defects, muscle control, muscle coordination, muscle tone, reflex, posture and balance, so their highest priority is to visit the physiotherapist, if they have physiotherapy or occupational therapy from very early in their lives, they can hold themselves upright and move purposefully, but if they do not, they can become inflexible and immobile and it is challenging for them to lead independent, satisfying lives.

It is also important that at home the children be placed and supported in sitting and standing positions so they are able to hold themselves in these positions to enable them see what is going on around them, and also learn to take weight on their limbs using specialised chairs and standing frames.