Home World of Work Articles THE 3P’S FOR CAREER SUCCESS 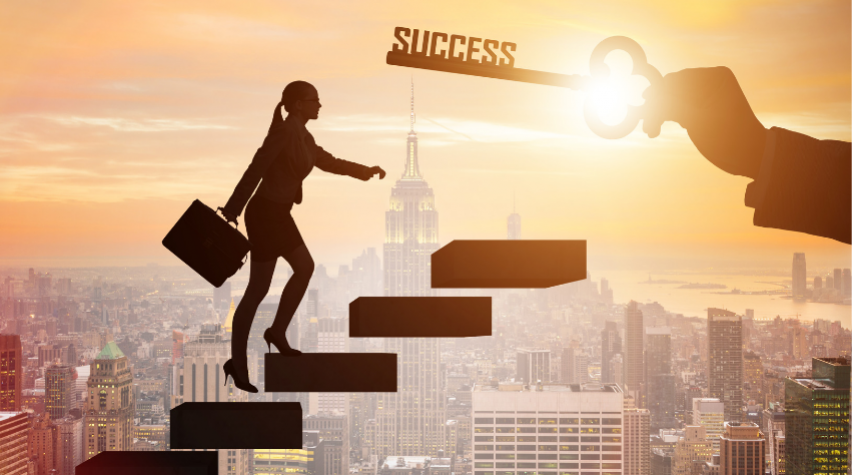 While a Marketing student over a decade ago, my course mates and I took lectures on what was termed the 4 P’s in our first year; in subsequent years, we were introduced to three more P`s, making 7 P’s. This categorisation made it much easier to remember the variables of what, in Marketing parlance, is termed the Marketing Mix. Akin to the 4 P’s of the Marketing Mix is what the world renowned Best-selling motivational author, Napoleon Hill considers “an unbeatable combination for success,” and which I term “the 3 P’s for Career Success.” These include Patience, Persistence and Perspiration. It is my candid opinion that the 3 P’s for career success are non-negotiable and are an absolute necessity on the route to success. Admittedly, these traits are not the only requirements for career success, however, they are irreplaceable.

Career success means different things to different people. However, for clarity and in the context of this write-up, I wish to define career success as being the best you can possibly be in your chosen field of work; attaining higher heights in your career. It may also refer to climbing high the corporate ladder or attaining your career goals.

It was Jean-Jacques Rousseau, the Genevan philosopher, writer and composer, who once noted: “Patience is bitter, but its fruits are sweet.” This is exemplified in vivid terms in the occupation of farming. Farmers plant their crops with expectation of a harvest, but also with the understanding that they will have to wait patiently for weeks, months or even years, depending on the kind of crop planted. It will be mission aborted and certainly a misnomer should a cultivator of Chinese bamboo trees destroy what he or she has planted (while still below the earth surface) with the pretext that the trees he or she planted are not growing or that they are taking too long to grow. It is common knowledge that the Chinese bamboo takes a couple of years to as much as shot out of the ground, let alone grow into maturity.

The point of this illustration is to drum home the fact that in life, any accomplishment of significance takes time; sometimes, longer than one may expect. This makes patience a necessity, otherwise great dreams will be aborted. Thomas Alva Edison once noted: “Many of life’s failures are people who did not realise how close they were to success when they gave up.” Anold H. Glasow made an insightful observation when he stated: “The key to everything is patience. You get the chicken by hatching the egg, not by smashing it.”

The value of persistence on the route to career success cannot be overemphasised: It is a must have if one is to go far in life. Thomas Alva Edison, the prolific inventor and entrepreneur once stated: “Our greatest weakness lies in giving up. The most certain way to succeed is always to try just one more time.” Similarly, Elbert Hubbard stated thus: “A little more persistence, a little more effort, and what seemed hopeless failure may turn to glorious success.” Samuel Johnson caps it up when he observed thus: “Great works are performed not by strength but by perseverance.”

A perceptive mind wisely noted: “What matters most is not how many times you fail, but that you never stop trying.

Perspiration essentially connotes hard work as against slothfulness. Thomas Alva Edison retorted thus: “Genius is one per cent inspiration and ninety-nine per cent perspiration.” He further noted: “There is no substitute for hard work.” This observation ought not be taken lightly, especially when it comes from one credited with numerous inventions, the first industrial research laboratory, and one who held over 1,093 patents in his name across the United States, United Kingdom, France and Germany. His phenomenal career accomplishments are well documented and speak for themselves. Even when people speak of working smart, it still boils down to hard work: thinking is hard work and thinking is a necessary route to working smart.

It was Henry Wadsworth Longfellow, the Poet and Academician, who once stated, “The heights that great men reached were not by sudden flight, but they, while their companions slept, were toiling upward in the night.” A similar train of thought can be inferred from a statement attributed to Ray Bradbury, an American novelist, essayist, playwright, screenwriter and poet, when he sought to give some encouragement to persons who aspired to be writers. He noted: “Any man who keeps working is not a failure. He may not be a great writer, but if he applies the oldfashioned virtue of hard, constant labour, he will eventually make some kind of a career for himself.”

For as many as desire to do well in their chosen fields of work, the ball is in your court; go ahead and play it well. Patience, Persistence and Perspiration most certainly make an indefatigable and indomitable mishmash for career success.

ENTRY LEVEL BUT WITH EXPERIENCE; THE RECRUITMENT CONUNDRUM.