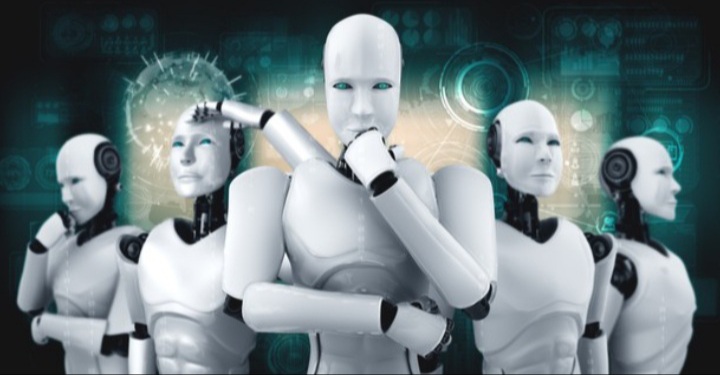 While most people were preparing for Christmas in December 2017, a section of a popular tech giant was preparing to launch AlphaZero, who would go on to be crowned the best chess player in the world. Within four hours of learning to play chess, AlphaZero was unbeatable. AlphaZero learned to play chess without supervision after it was presented with the rules of the game. This was made possible by machine and/or deep learning capabilities embedded within the core of AlphaZero. However, such innovations have been around for a long time. Yes amigo, the robots have been around for a while.

Any device that is able to exhibit learning and problem-solving capabilities is deemed to have some level of artificial intelligence (AI). Most probably, the first thought that crosses your mind when someone mentions “Artificial Intelligence” is a robot with arms, legs, eyes, etc. While these are probable characteristics of AI-capable devices, they are not essential. Some everyday devices also exhibit AI-capabilities. For example, there are virtual assistants on several electronic devices such as phones, tablets, TVs, among others. People are able to have conversations with these assistants, entrust them with scheduling appointments and sometimes, responding to emails. There are more examples; Driverless cars, self-driving drones and rockets, speech and facial recognition devices, super calculators, and many more. Some devices can determine your schedule for a week by analyzing a section of data from your previous activities. In some cases, a product can be recommended to you based on your previous purchases. The answer to whether we should be worried about the pervasiveness of these innovations depends on which side of the fence you are sitting. However, that is a conversation for another day. In the sections that follow, I will outline some positive and negative impacts of this surge.

Jobs create a sense of fulfilment and security amongst people. It has been predicted by experts that the impact of creating machines or technologies will result in a huge loss of routine jobs. Although this is not new knowledge, it seems the societal and emotional impact as well as the new direction of training as a result of these innovations are either missing or under-discussed in public discourse. The scope of job losses is interestingly quite wide; drivers, carpenters, doctors, lawyers, teachers, among others. What is to become of the self-esteem of hardworking people who have or will lose their jobs in the nearest future? Should this create an atmosphere of despair? Certainly not. My next point discusses this.

The loss of routine jobs will ultimately create new fields of work and new earning opportunities. In this era, the adage, “You cannot teach an old dog new tricks” does not apply. That notion must be left in the Stone Age where it belongs. Several opportunities will be created for people who are willing to learn. People need to take advantage of the abundance of learning resources to improve their skillset and acquire new abilities. Thankfully, the popular notion that “education is the tool out of poverty” still applies in the era of robots. We should not be satisfied with consuming these innovations but also strive to contribute towards it. I am not campaigning for a reinvention of the wheel but rather a deliberate effort to join the ranks of wheel-dealers. However, we should not only be concerned about economics of “robotism”. There are other dimensions to this phenomenon. I discuss one in the section that follows.

Pessimists are cautious about developing AI-capable machines because of the fear that these intelligent machines may one day overpower or rule humankind. This concern is not founded on whimsical reasoning but on history and some level of analysis from civilization. The argument here is that since humans are the most intelligent species, they are able to suppress other species, or even supervise the extinction of others. What then will become of us when we develop these super computers that are more intelligent than us? On the other side, some optimists explain that if man was created by God and has not overpowered the Almighty yet, how then can we conclude that our creations will rule over us in the future? No matter which school of thought you belong to, I believe the discourse here should be guided towards the empowering, rather than the overpowering of people. We are able to do things faster, more accurately, and more consistently. This is crucial because empowerment does not only have positive outcomes but negative ones too. For example, these technological innovations can be used for negative purposes such as theft, blackmailing, and oppressing people, among others. Therefore empowerment should be one of the focal points of discussion with regards to AI-capable innovations.

True, the robots are here. Nevertheless, we need to monitor and evaluate their impact on society. The scope of the discourse must expand to include representations at every level of civilization. We need to understand where we are going and what the future holds. As such, decisions such as who concludes whether an innovation is good or bad, or who is responsible for directing innovation, or what innovation should be accepted should not be left to the scientists alone.