Home World of Work Articles Another look at Millennials and Values 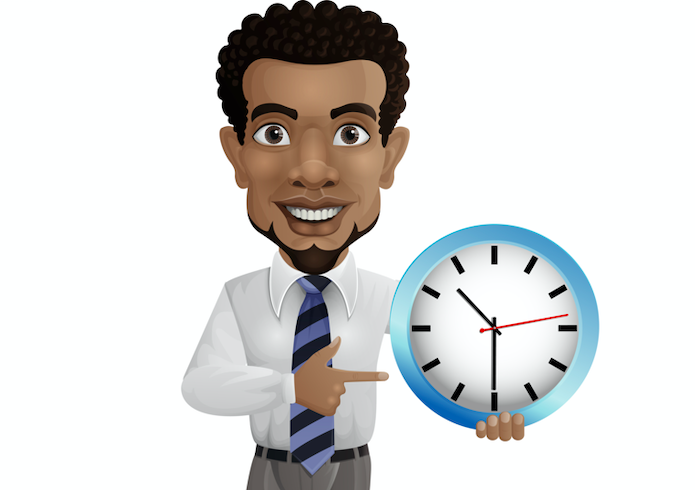 Africa is the youngest continent in the world: it is believed that nearly 60% of its population is below 35 years. Over the last four to five decades, the world, in general, has seen many young people leading significant changes; from politics, through social revolutions, to business to religion. In 1955, a 26 year-old Baptist preacher and civil rights’ leader by the name Martin Luther King, Jr. led the infamous Montgomery Bus Boycott, defying segregating practices and empowering the African Americans to resist White supremacists.

He went on to win the Nobel Peace Prize for 1964, the youngest in history to win this prestigious award. At about the same time in 1964, a young Nelson Mandela led a militant wing in the African National Congress to defy apartheid (a system of racial oppression where the white minority controlled state resources at the expense of the African majority). For this show of bravery and audacity, he spent 26 years of his life in prison.

In 1976, two young dreamers, Steve Jobs and Steve Wozniack, started a to-be world class consumer electronics company in Jobs’ father’s garage. Jobs was 21 then. At the time of his death in 2011, Apple (the company he co-founded) was the World’s Most Valuable Company, courtesy its iProducts. Zuckerberg founded Facebook in his Harvard dormitory room at the age of 19. Patrice Lumumba and Lee Kwan Yew each became Prime Minister of their countries (Congo and Singapore respectively) at the age of 35. From a biblical perspective, the likes of David, Saul and Joseph became leaders of notable rank in world history at the ages of 30.

To sum up, young people have spearheaded some of the significant transformations in history and even the modern era. In Ghana, there is an emerging force of Millennials leading change in many disciplines. The following persons readily come to mind: Dean Derry of DreamOval; Hawa Yansen Quao of Leading Ladies Network; Godwin Martey of Websoft Solutions; Randy Osae Bediako of Kharis Group, LLC; Beryl Agyekum of Echo House, and a host of others. These are serial entrepreneurs predominantly in their thirties yet, overseeing some of the most thriving and competitive businesses in their industries. They prove, by their entrepreneurial exploits and leadership, that indeed, the modern era rightfully belongs to Millennials (high potential young leaders with audacious vision, exceptional people-skills, and compelling strategies for delivering results).

Researchers and analysts of human behaviour coined the terminology “Millennials” for persons born between 1980 and 2000. Otherwise known as Generation Y, Digital Natives, and Echo Boomers, the Millennial generation present the world of work with an extreme dichotomy of being highly entrepreneurial and quite rebellious. They wield an unyielding desire to achieve their personal dreams and are on the constant look for organisations whose corporate mission reflects their own. I have said before that a millennial does not mind quitting a lucrative job to go and volunteer for an orphanage insofar as he finds this experience fulfilling and deeply satisfying.

The challenge of the modern HR practitioner is to create a workplace experience that connects with the deepest desire of the millennial, unearth the best in him, develops his leadership potential and engages his heart and mind. On record, they are known to be the workforce with the highest attrition rate. Now, this is particularly so because it appears there still remains a generational gap between the older generation (mostly, the Baby Boomer generation) and the younger ones (Millennials). This disconnect seems to be the result of an African construct that says: “age is the teller of all.” Thus, the aged will always be right; whereas the young should only listen. What is even worrying is a society that always talks the younger one into apologising to the elderly for being infuriated by the elderly’s blatant dishonesty or disregard for him (the younger person).

My radar, as far as this article is concerned, is on Millennials and their value system, which appears to be their Achilles’ heel also.

Born in interesting times, the Millennial generation are quite the opposite of the Boomer generation. Whereas the boomer generation is typified by a rare commitment to process and values, Millennials are easily swayed by the latest trend. In spite of their results-oriented nature, they lack that painstaking effort to commit to things and see them completed. Hence, the resultant effect of this slack in values and character is a lot of unfinished projects, unrefined ideas and below potential enterprises. It is this same character flaw that has ripped many Millennials off the golden opportunity of living their dreams. Whilst they are experts at dreaming and wishing, many lack the discipline of planning and meticulously crafting their enterprise. One motivational speaker I spoke to prior to writing this article reminded me that part of why the Millennial generation lack a commitment to process and to values is attributable to the era in which they grew up: one of fast food and instant click of a button. He opined: “This immediate access to information and service at literally less resistance accounts for why the Millennial generation are quick on results, yet lack process.” As we acknowledge their innovative and entrepreneurial prowess, we also need to be intentional about working on their impatience and the numerous attitudinal deficiencies they bring to the workplace, if they are to be groomed to become that world class leaders they have so much potential to become.

In order to address this challenge, I recommend the following:

Internships are avenues to develop workplace ethics and to understand how people, processes and systems work to deliver results. More importantly, it shapes values, character and culture. I believe if young people are provided with internship opportunities at tender ages, it makes them learn to respect values and its impact on life and relationships. Such an early introduction to work environments helps them mature in speech; in goal setting and in the rudiments of planning to achieve one’s goals; in building long-term, sustainable relationships that create value, and finally, in learning to be honest and truthful in all dealings.

Young people should be assigned mentors in schools and churches

People’s values are shaped by four environments: the home, the church, the school and the community. Of the four, young people spend more time in school than anywhere else. As a matter of fact, they spend, averagely, the first 24 years of their lives in school. By this age, they would have already formed their value systems, principles, thought patterns and paradigms about life. The presence of mentors in their lives would be to shape their value systems and align it with what is morally acceptable. Mentors are guardians on life’s journey. They wield insight into what the protégé intends to do and so are able to expertly guide the protégé to avoid pitfalls that could delay or absolutely impede the fulfilment of his or her dreams. It is important to mention that the biggest disadvantage with having a flawed value system is that you fail to accomplish the things you set to accomplish, and even if through some means you are able to accomplish them, you would not be able to sustain it over the long haul.

The Millennial generation is characterised by high levels of creativity, entrepreneurship and social impact. It is my careful submission that Millennials would be committed to any system that explicitly practices these values. The challenge remains how HR practitioners can balance workplace cultures that have been hinged on command-and-control structures, killing fluidity and innovation, with an open, collaborative culture that is deeply committed to continuous learning and excellence. We have got to change our thinking if we are to hone the potential of the Millennial generation.