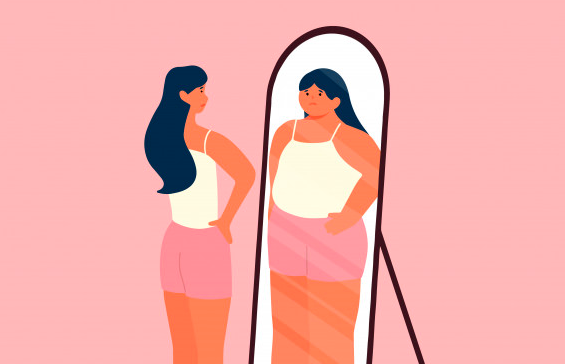 As inconspicuous as this might seem, most people suffer anorexia nervosa at the early stages of their life – between adolescence and pre-twenties. Anorexia has been defined as a disorder characterised by a distorted body image, with an unwarranted fear of being overweight.

Women and men who suffer from this eating disorder demonstrate a complex with a thin figure and abnormal eating patterns. Anorexia nervosa is which refers to self-starvation and lack of appetite. Anorexia nervosa is an eating disorder in which a person purposefully limits the intake of food or beverage because of a strong drive for thinness and an intense fear of gaining weight.

Anorexia has been classified into two common divisions: Purge and Restrictive.

In relation to the Binge/Purge type, the victim purges after eating. This assuages the fear of gaining weight and offsets some of the guilt of having ingested forbidden or highly restricted food. This compensatory purge behaviour may be caused by exercising excessively, vomiting or abusing laxatives.

On the flip side, an individual suffering from restrictive anorexia is often perceived as highly self-disciplined. They limit the quantity of food, calories and often high fat or high sugar foods. They consume far fewer calories than are needed to maintain a healthy weight. This is a heart-breaking form of self-starvation.

These environmental factors that would contribute to the occurrence of this eating disorder may include; the effects of the thinness culture in media that constantly reinforce thin people as ideal stereotypes; professions and careers that promote being thin and weight loss, such as ballet and modelling; family and childhood traumas such as childhood sexual abuse and severe trauma. Likewise, peer pressure among friends and co-workers to be thin or be sexy is another factor to be considered. Anorexia however has a biological influence. These include irregular hormone functions and genetics. Nonetheless, the tie between anorexia and one’s genes is still being heavily explored, but we believe that genetics is a part of the story.

People with anorexia mostly show signs of; chronic restrictive eating or dieting; rapidly losing weight or being significantly underweight and emaciated; obsession with calories and fat contents of food; engaging in ritualistic eating patterns, such as cutting food into tiny pieces, eating alone, and/or hiding food. Depression and loss or thinning of hair can also be associated with anorexia.

Though the restrictive eating patterns that characterize this anorexic eating disorder are similar to dieting behaviours, there are stark differences between the two. The effects of the extreme behaviours resulting from this disease are far more devastating and consequential than any ill effects from dieting.

While someone may diet in an attempt to control weight, anorexia nervosa is often an attempt to gain control over one’s life and emotions, especially in the light of traumatic events or a chaotic environment.

While someone might diet in an attempt to lose weight as the primary goal, in anorexia they may diet because they perceive losing weight as a way to achieve happiness and self-mastery.

This disorder can be curbed. One can seek anorexia recovery from a well-qualified team of eating disorder specialists, consisting of a therapist, physician and nutritionist are recommended.

First and foremost, the highest priority in the treatment of anorexia nervosa is addressing any serious health issues that may have resulted from the eating disordered behaviours, such as malnutrition, electrolyte imbalance, amenorrhea and an unstable heartbeat.

Secondly, this component encompasses weight restoration, implementation and supervision of a tailored meal plan, and education about normal eating patterns.

Lastly, the goal of this part of treatment is to recognize underlying issues associated with the eating disorder, address and heal from traumatic life events, learn healthier coping skills and further develop the capacity to express and deal with emotions.

How To Develop a Healthy Lifestyle and Improve your Quality of Life.

This Is Why You Should Eat Pawpaw

MANAGEMENT TOOLS – HR AND THE DOMINO EFFECT OF TRAINING

Call your children to order